How Smart But Lazy People Share Files Between Nearby Computers

We previously investigated how to share files between different users on the same shared computer. A trick that would come in handy especially in homes or offices where they only have one computer, and every user of that computer has a different user account; for that customized personal setting for each member.

Now, we are going to delve into how to share files between computers within the same home, or office; essentially computers on the same network. If I was in the living room doing some work on my computer and my brother is upstairs playing video games on his computer. Then I happen to need a file on his computer, there are tens of ways I could get that file, but the following are some of these ways:

Get up and walk upstairs with a USB stick and have the gamer pause his game. Plug-in the USB stick into a USB 3.0 port (these ports are usually blue in color) and copy the file from the computer to my USB stick.

Why USB 3.0 Port you ask? Well, using the other typical USB ports (USB 2.0) will take a longer time for the file to copy. Theoretically USB 3.0 ports have a maximum file transfer speed of 4 Gbps. Pretty quick don’t you think?

Now the waking up part, and walking upstairs part to get the file, is probably not the smartest thing to do. But connecting to the faster USB 3.0 port is smart because it saves you the time spent copying the file.

The above method is probably not the smartest way to go about it because it requires you to move from your computer in the first place. So here are the really smart ways to get a file from nearby computers.

Here is the real fan trick that will not require you to wake up from your computer in the first place. But you must have installed BitTorrent Sync in all the PCs on your local network from which you want to be getting files with ease. BitTorrent will synchronize all files on your local network very fast because it doesn’t need to upload and download anything from the Internet.

Just select the folders on each computer that you would like to access via BitTorrent. The software will synchronize all files between all the connected computers via your local network. All the shared folders will be protected by a generated “secret key,’ once you shared this secret key with all the other computers, your files will remain private within your local network. Only users with the secret key can access these files, and the best part of all, it works seamlessly whether or not you have fast internet or any internet connection for that matter.

If of your computers are connected to the same local network and running Windows 7, 8 or 10. Windows Homegroup is the easiest option available to you to transfer files in between the computers. Although Geek Savanna must point out that Windows home networking is a bit complicated to those without some technical skills in networking. 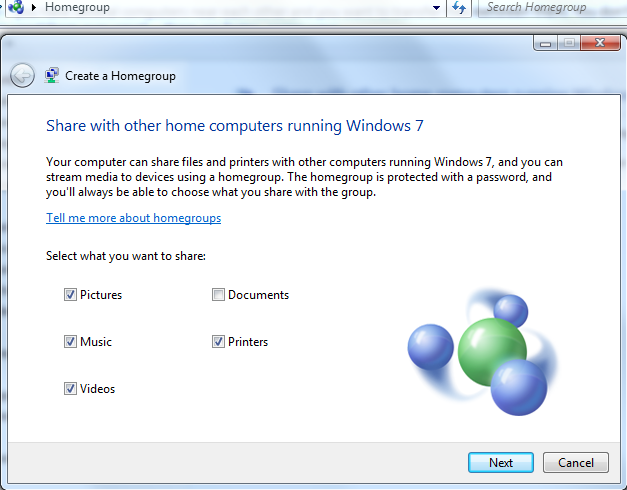 But it is a relatively simple procedure. Go to Control Panel > Network and Internet > HomeGroup > Click on Create a homegroup. An option to select which types of files will come up. Standard folders to share are Pictures, Music, Videos, and Printer. You may select Documents, but by default it is not enabled.

Yes, it would be smart to transfer files in between neighboring computers via cloud storage services like OneDrive, Google Drive, Dropbox among others. But the speed of the file transfer depends on your Internet speed, given the file will first have to be uploaded to your cloud provider’s servers then get downloaded to the other computer over the Internet. If you live in areas with slow Internet connection, this will take a long time and USB 3.0 above will seem like the smartest idea.

However, Dropbox has a useful ‘LAN Sync’ feature that will skip all the uploading and downloading via the Internet process. If you have two or more computers on your local network all running Dropbox, they can be able to sync files directly over the local network and bypass the process of using Internet connection. Say I create a 2 GB file on my computer in the living room, a computer upstairs connected to the home Wi-Fi (local network) will quickly sync that 2 GB file also on its hard drive.

This process will take place much faster compared to if we were to rely on the conventional process that cloud-storage service use to sync files. The Dropbox LAN Sync also allows you to sync files to anyone else on your local network as long as they have Dropbox setup on their end. The only problem with Dropbox is that your Dropbox account must have enough space, and for this reason Geek Savanna ranks it lowest.

The above simple tricks should be more than enough for all your needs to share files with computers near you. For more tricks and tips we at Geek Savanna has up our sleeves, get social with us on Twitter: @GeekSavanna or Facebook.com/GeekSavanna.

Kenyan citizen with a passion for writing for as long as I can remember. In my spare time, I like to read and blog on what's happening in the technosphere.